There is a certain regal oak named ‘Kindred Spirit’ … but for us
“Kindred Spirit” means only one thing … the locally based five-piece, electric folk rock band that features the radiant and deeply moving voice of Elaine Samuels.

The band are about to release their stunning new album Phoenix Rising – and we have been watching the project unfold and develop. 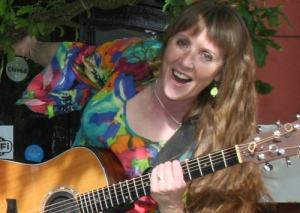 We’ve been having a sneaky listen to some of their (yet unreleased) tracks currently being recorded @SkylineStudios by @JezLarder:

It has that dramatic “Threshold of a Dream…” feel about it.

This has a soulful flute and intricate acoustic guitars that embroider the surface.

We also heard the jaunty number “The Phoenix” with its trotting pace and pizzicato strings.

The violin animates the piece (although it maintains a shaded heart.)

This song seems to be about facing of all that is left … (in other words, the “Ashes” ) trying to make sense of them … before you can even hope to fly again.

Finality and sadness has to be visited upon us before we can hope of being re-born.

This song reminded us of Renaissance (the rock band) around their ‘Novella’ period.

It immediately draws the listener into enormous depths – the pay-off is complex, exciting and invaluable.